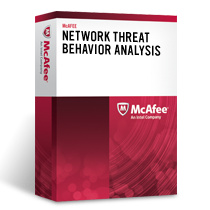 Minimize IT and business risk

Detect behavior-based threats — even those that are unknown. McAfee Network Threat Behavior Analysis monitors and reports unusual behavior by analyzing network traffic, so you can identify and quickly respond to unauthorized application usage.

Get network-wide visibility and insight

Protect against attacks arising from almost anywhere in your network — without extensive footprint expansion. With Network Threat Behavior Analysis, McAfee's Network Security Platform can see attacks emerging from the farthest regions of your network to deliver a better return on your network security investment.

How To Buy McAfee

For pricing or technical questions, please contact our team!